Ebola is when your bleed from three parts of your face which are your eyes ,mouth and nose. You can also tell when someone has Ebola when they have muscle pain, headaches and a sore throat. When you have Ebola it is a very scary experience. If you have Ebola you should see a doctor immediately. Ebola started in South Africa and it recently spread to New York.

If you do not see a doctor you could possibly die. Ebola is very dangerous because it can kill a person very fast and it can spread very fast as well. Lots of company’s such as red cross are trying to help stop Ebola for good.  If doctors get to the person with Ebola they will try and put then on a plane and fly the patient to the nearest hospital so the patient can get treatment.

I think that Ebola must be stopped or it could affect the whole world and then it could wipe out the whole human race. Ebola is caused by Ebola virus. Animals start of with Ebola and then it spreads to humans. 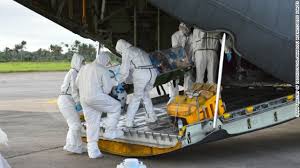 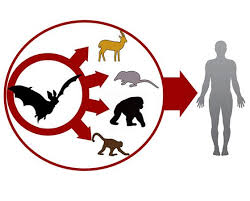 Once upon a time there was a little oompa-loompa  called Bob. Bob lived in oompa-loompa land . Oompa-loompa land was made out of marshmallows. The marshmallows were strawberry and vanilla. When the oompa-loompa’s were hungry they ate the marshmallows which instantly grew backSo. Then one day Bob got really board.  Bob decided to go to unicorn land. First Bob had to build a space ship. Bob had to make his space ship out of marshmallows because that was the only material around. All Bob’s friends helped Bob build the space ship. The space ship looked awesome. Then Bob started the count down, 10, 9 ,8, 7, 6, 5, 4, 3 , 2 ,1,  BLAST OFF ! . Then Bob rocketed away into space. Bob looked through the huge windows on the side of the space ship. He flew past all the planets. Then he came to unicorn land. There were fluffy unicorns everywhere. Then Bob saw the unicorn king, the king was a big unicorn with a golden crown. All the unicorns worshipped him and gave him gifts. Then Bob went over to the king and knelt down and gave him the gift of cookies. The king said Bob could stay and boy he did. 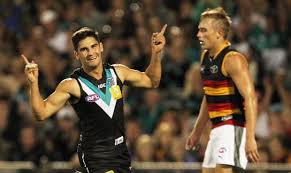 One day in a football game there were two teams they were called the Crows and the Power. They were playing at Adelaide oval, and Port were smashing the Crows (because Port are better) . Then a streaker runs on the oval. What will happen to the streaker?

Today I am going to write about two people in my life that important to me. Those two people are my mother and father. They always take care of me.

First I am going to talk about my Mum. My mum’s name is Sharon. She is always “I say always” kind to me. She cooks dinner takes me to soccer games and is always helping me when ever she can so thank you a LOT MUM. 😀

Now I am going to talk about Dad. Dad always helps me with a lot of things like being my football coach, taking me to training, bying me boots and a lot of other things. so I really appreciate everything you have done for me dad . 😀

These are 5 facts that you need to know about me.

2. That I love to play footy and soccer.

4. I go for the Port Adelaide Power.

5. That I really love lollies and chocolate.

If you could change one thing in the story what would it be ?

If I could change one part in the story I would change the part when the swans and the peacocks had the big fight.

My change would alter the ending because if there was no fight there would still be swans and peacocks in the lake and in the gardens.

One of my favourite places in Adelaide is Green Hills Adventure Park.

My other favourite place in Adelaide is the Royal Adelaide Show. I go there every year. I like to go on lots of different rides. Before we leave we get show bags. 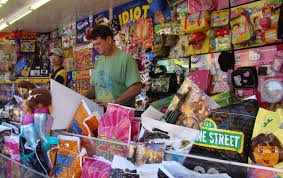 On Thursday the 17th of April my family went camping at Claire Caravan Park for an Easter holiday. We went with all our friends an camped with all of them until Easter Monday. We were the first family to get to the caravan park. We set up the anex and then the next family came. My brother Jack and I found this weird looking beetle that looked like a spider cross between a beetle. Jack tried to catch it but the beetle kept trying to get way and we called him cheeky. We showed them the beetle but it kept falling of the stick we were carrying the beetle on. I helped my Dad unpack the bikes. Then the rest of the families came. The next day we all went for a bike ride to some boring wineries. The next day we watched the footy. Then on Easter morning we had a sleep in and then we went on an Easter hunt with our friends. At night I went for a ride around the caravan park. The next morning we packed up and went home.

Last Friday(The 4th) Emmaus Catholic School held a Sports day. I am in Marin( The Green Team). We started the day off with a whole school health hustle. After the health hustle the whole School went down to the decking for our team cheers and team songs. Then it was recess, we all had recess with our sports day buddies. My buddy was Van. After recess we all went to the oval to do our class events. Our first event was a 400 metre race around the school oval.

I am racing against Patrick, Nick and Jye.

After the 400, we did tug of war. First Marin and Coolock faced off.

Marin are trying their best in tug of war.

After the tug of war we did high jump.

I am jumping over the rope in high jump.

In high jump I cleared the rope every time I  jumped. Me, Bailey and Nick did the best in our class. After high jump we went down to the oval to do shot put.

The teams are getting ready for shot put.

I tried my best in shot put.

After shot put our class did an obsticle course.

The teams are lining up for the obsticle course.

After the obsticle course we went and did hurdles. I did my best in the hurdles, and I came first.

After hurdles it was lunch time.

After lunch our class did 100 metre sprints. All the parents and grandparents were watching the sprints, so I did my best. I came third in sprints and almost came second. After the sprints we did a whole school house team relay. Then we went back to the decking to sing our team songs and find out which houses won the spirit shield and the house cup. We sung our songs and then it came down to the big moment everyone was waiting for. We found out who won the cup and shield. Marin won the spirit shield and Mcauly won the house cup. What a Sports Day!!

how to build a simple hose in minecraft


adopt your own virtual pet!

adopt your own virtual pet!